I’ve hinted at my new gluten free diet in other posts, and shared a lot of my meals on instagram; but I’ve struggled with talking about why I’m on this new diet for over a month now. A few of my blogger friends have been cheering me on and encouraging me to write about my new lifestyle change, and incredible ability to re-invent quinoa day after day, but the truth is; I’m really unhappy about going gluten free, and sort of still in the denial phase.

Maybe I would feel differently if I chose to give up gluten instead of being forced to go off it. No notice, no preparation, it’s all gone; bread, cupcakes, cookies, roti, naan, tortillas – everything! It didn’t help that it was also the day that my doctor told me I’ve developed an autoimmune disorder called Hashimoto’s Disease which affects your thyroid glands. (The Hashimoto’s diagnosis, plus my existing Rheumatoid Arthritis are the reason why I had to quit gluten).

Strangely enough, the discovery of the auto immune disorder actually became the silver lining in this whole thing. For over a year now I’ve had various strange symptoms that didn’t seem like anything serious individually, but they were wreaking havoc on my physical and mental well being. Knowing that something is wrong with you and not being able to describe it exactly, and then having doctor after doctor tell you there is nothing wrong with you is a horrible feeling.

What I’ve learned since being diagnosed with this random disease I’ve never heard about before is; there is an explanation for me having so many bad days last year. It turns out that people suffering from auto-immune disorders are more sensitive to things like; food, noises, smells, lights, stress, lack of sleep, etc., and the results often manifest in depression like symptoms. (In fact, a lot of people with auto-immune diseases are incorrectly diagnosed with depression). It’s also common to experience periods of moodiness, sadness, and confusion – that’s right; not only do I have “mommy brain,” I’m also blessed with “Hashimoto’s brain fog.” 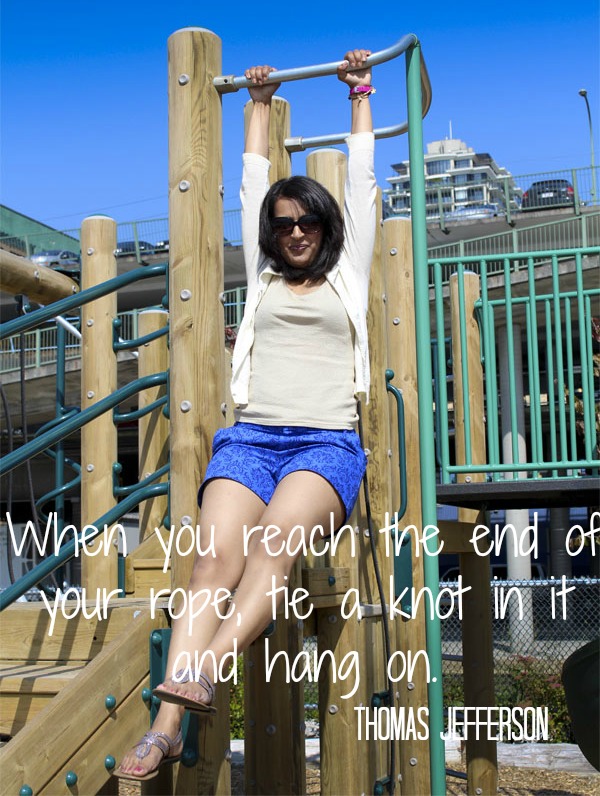 I was hesitant to share all this here because I don’t want anyone to think I’m looking for sympathy. At the end of the day, my little blog doesn’t make a huge difference in the world, but I do have some dedicated readers and followers, and all this has  affected my blogging schedule, my writing, and my desire to take outfit photos. It’s been hard to keep up, and I’ve been painfully negative the last few weeks, so I haven’t wanted to share. The good news is; I’ve been off gluten for 28 days, I’m on regular medication for my thyroid, and my energy is coming back!

So that’s where I’m at right now, and I’m working my way out of this little funk, and getting back on track with the blog. It probably be a while before I get back to daily outfits, in the meantime, you’ll get a little extra lifestyle and DIY coverage, along with the rare gluten free living update. I hope you will still stick around as I start another new bread-less chapter here on Pink Chai Style.

Why I Regret Losing …