Over the course of our lifetime we hear hundreds, maybe even thousands of stories; some fade away over time, we forget parts of others, and some stay with us forever, etched on our soul. For me the stories that stick, are usually real life stories; something that actually happened to someone.

{My grandparents – My heart}

One of those stories that will never fade out of my memory is the story my Bibi (grandmother) told me about leaving Pakistan for India during the partition in 1947. She told it to me in bits and pieces many times, but there was one particular day that she told me the whole story from start to finish. I remember every word like it was yesterday {even though it was 1996}, but what I  remember more than anything though is her tears. That was the first time I saw her cry. Even when her son died four years earlier, I don’t remember seeing actual tears from my Bibi; she was our rock. That summer day, and the day of my Papa’s (grandfather’s) funeral were the two days I saw that woman cry. That’s it.

{Attari checkpost built in 1949. This stands just a few hundred feet from the border of India and Pakistan}

While I can’t share the entire story of her journey from Pakistan, because it’s not my story to tell and I don’t think I could do it justice there are some parts that stand out more than others. Every time she told that story, she told me about her gold “saagi phull”. Saagi phul were a traditional jewellery item worn by Punjabi women in the early 1900’s, and Bibi was particularly proud of hers. Being an only child she had the fanciest, heaviest, and most expensive saagi phull that any daughter-in-law in her family had ever had. Sadly, a crooked jeweller stole her prized possession before they left Pakistan and she never saw them again {although she brought them up often, especially around my wedding}.

There was also the promise she made her best friend; that they would meet again in India.The promise was sacred – they even exchanged dupattas (head scarves) to cement the deal. {Exchanging dupattas is like a really serious, pinkie swear}. But all my Bibi was ever able to find out about her ‘Meeto’ was that her family was given land somewhere near the city of Ambala. Bibi told me that every time she crossed through the city on a bus ride she would peek out from the window, hoping against hope that her childhood friend might catch her eye. Strangely, I never knew my Bibi to have a single friend in Canada. She had lots of family, but no friends. Maybe she couldn’t get over losing her very best one?

My grandparents walked in caravans for days on the way to India. They faced the kind of atrocities, dangers, and inhumanity that you & I can’t even imagine. I’ve often wondered if that walk hardened my Bibi a little, because she took such pride in being so tough and never crying. Maybe she built that wall around her so she wouldn’t have to think about those horrific moments? However, amidst the horror, there was a moment of pure love. For three nights of that journey, a Muslim family gave my Bibi shelter and food to survive. The religion of that family doesn’t matter in many ways, but it matters to me because it was my most important life lesson in tolerance. She didn’t have to tell me that the family who saved her practised a different religion than us, but by doing so, she changed my belief system entirely. That’s a lesson I’ll never be able to repay her for. 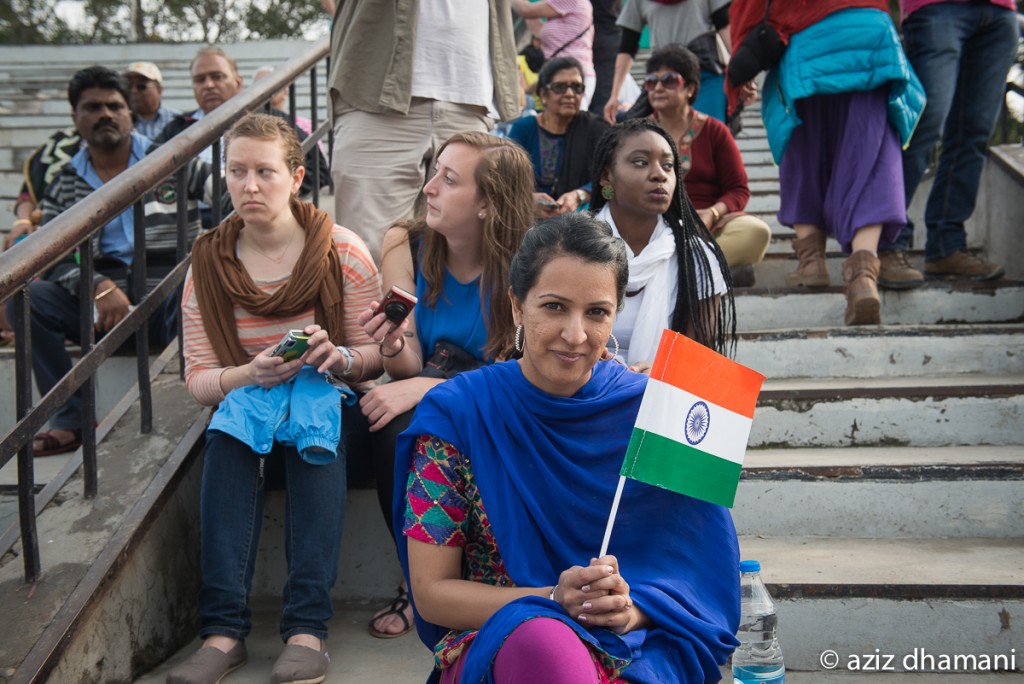 {Celebrating India at the famous Wagah Border Retreat Ceremony. Had to take a picture with the female border services officers…sisterhood and all!} 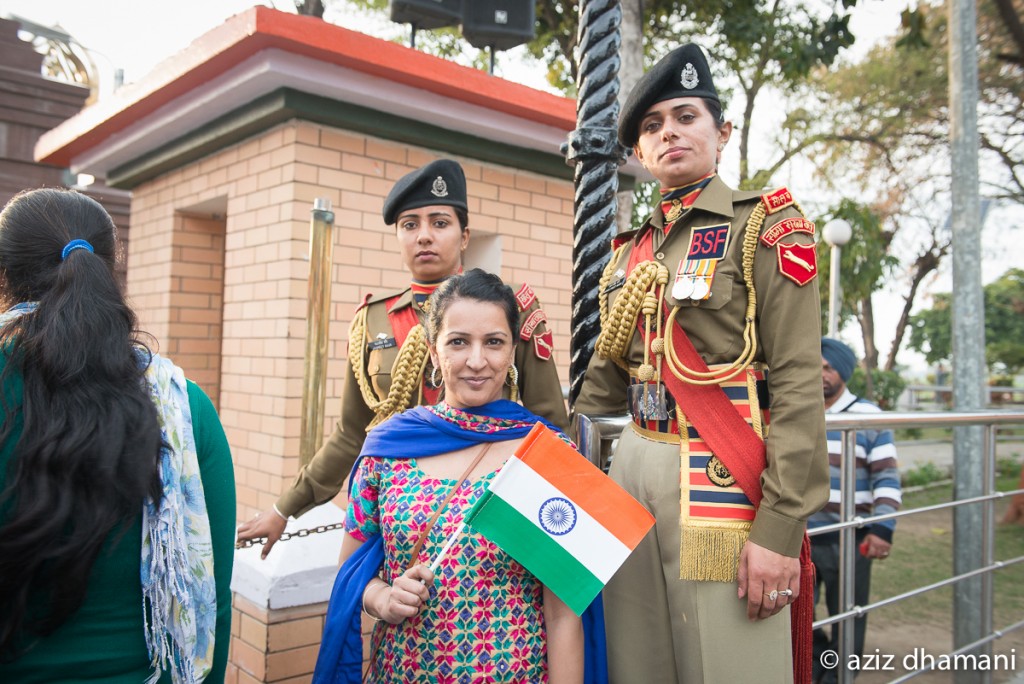 A few weeks ago I visited the Wagah border in Atari. This border separates modern day India and Pakistan, and is the exact place where my Bibi & Papa crossed into India. Being there, for the border ceremony was one of the most powerful experiences of my life. I truly believe if my Bibi hadn’t been forced to take that journey from her home in Pakistan to her new home in India, my life wouldn’t be the same. She wouldn’t have been the mother & and grandmother she was if she hadn’t faced those difficulties. Without those experiences, she wouldn’t have raised us to be such firecrackers, and fearless women.

So on International Women’s Day I say my final goodbye to my Bibi who made her way to heaven on February 26th, and I also say thank you. Thank you for being so fearless, rough around the edges, and damn audacious. I promise to keep your spirit alive and pass it on to future generations of ‘Mauji’ women.